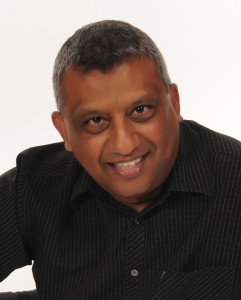 Ian Peters’ ministry – in word and music – has an apostolic/prophetic edge, speaking into the lives of believers and reaching out to the unsaved all over the world.  He ministers truth with humor, imparts faith with vision and passion with power.  He is also an author having written many teaching manuals and has published a book on the anointing called Fresh Oil.

Ian is also an experienced musician and worship leader having led worship in situations large and small since he was 16 years of age. He has taught many seminars and workshops including a 20 week Bible School course on Praise and Worship. To date, he has been part of eight recording projects.

Born into a Pentecostal home, the call of God was evident on his life very early.   In 1981 he graduated from Bible school and began preaching the Gospel. He married Maree in 1982 and has two married sons.

After being ‘on the road’ for 15 years, Ian and Maree accepted the responsibility as Senior Ministers of Citylights Church in Brooklyn Park, MN.  In addition to his own church and ministry commitments, he was appointed as the Apostolic Overseer of The Omega Team (an International Apostolic Network of ministers and ministries) in April 2012.

At the end of June 2015, Ian and Maree felt it was time to step down from their local church and ‘get back on the road’ where their passion lies.  Whether ministering to leaders, business people, in revival meetings/camps or one on one, you can expect that Ian will bring the word of the Lord for that situation.